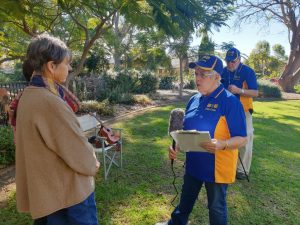 The crew members bring a wealth of skills in different areas of film-making, including sound engineering, documentary, editing, still photography and most importantly, creativity. 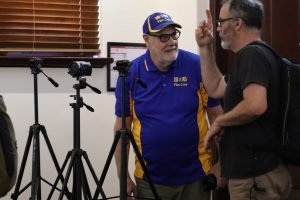 The crew is proactive in seeking a range of different events to video, and has been asked to cover many different types of events.  This increase in demand for the crew’s work has lead to a noteworthy expansion of its skills which, in turn, leads to significantly better and varied final productions. 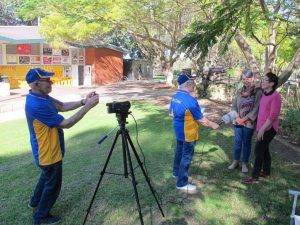 All our work can be viewed in the Video Gallery.

Jenny Davis, OAM, regularly requests the crew’s expertise to film her productions. Recent events include “Dear Heart” and “The I’s Have It. 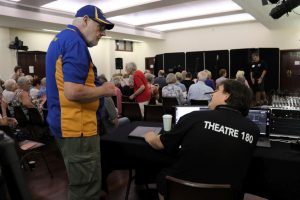 Documentaries and Portraits of U3A

The crew continues its work in these genres, and new productions will be available for viewing on a regular basis.

About the Film Crew

The U3A Film Crew formed in 2013 with a grant from Lotteries West which provided 10 original members with a professional instructional course in photography and filmmaking by Fremantle Film and Television Institute (FTI).  The grant also provided for the purchase of equipment that allowed the group to begin its endeavours.

To learn filmmaking as a group and share the experience with others in the U3A spirit of Living is Learning.

To do this by:

Over recent times, it has found new grounds for expanding its work and is venturing into genres never before attempted, as well as continuing with old favourites.